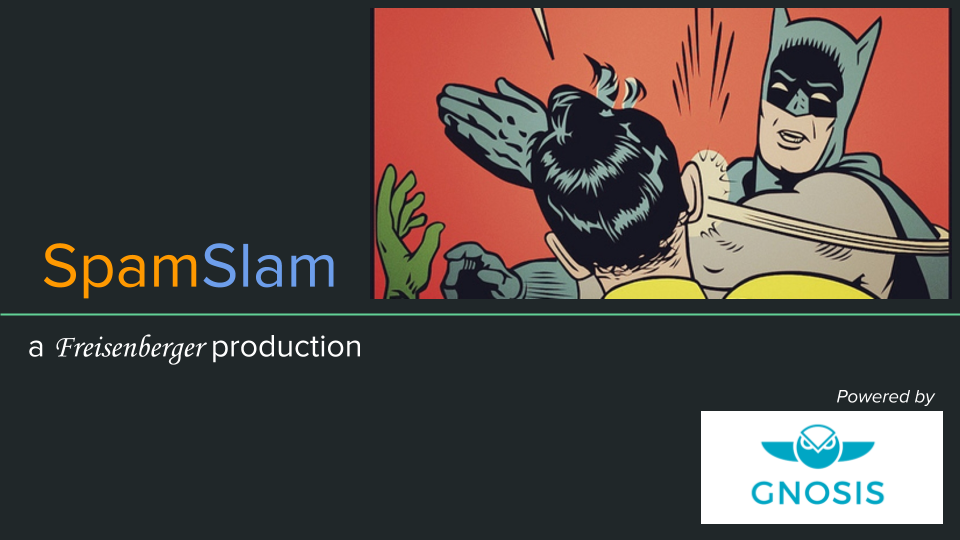 Note: A post elaborating on my experience at this hackathon was published here

This project was done as part of Hack InOut, a 30 hour hackathon held at Bengaluru in Fall 2017. There was a blockchain track and we had never explored this trending technology before, so we figured we would do something in this space. However, our idea can be implemented, and perhaps in a better manner, without blockchain as well. With due gratitude to Gnosis who sponsored the first prize that we got in the Blockchain Track, and whose platform we used in the hackathon implementation, I would discuss the idea independent of an implementation.

Spam prevention is costly. According to a study in 2012 by American Economic Association, it costs the world $50 billion and earns the spammers about $50 million. This is one of the more modest estimates. The study also reported the cause to be the ease of sending spams, and suggested a heavier negative penalty would do the world good. Drawing from one of Vitalik Buterin, the Ethereum co-founder’s many crazy ideas, we wondered what if sending emails did cost us? And then one wonders isn’t this the same as putting stamps on letters? And perhaps one can paste a costlier stamp if one wants their message delivered faster?

Consider additionally the culture shift that we had with the exponential growth of telecommunications. Calling someone was the way to go and it was much quicker than sending letters that take a long time to come back to you, but as it turns out, we prefer it be less instant and we let the other person take their time to reply. On similar lines of a cultural oscillation, perhaps we do not prefer to have sending emails for free. If we have a system of digital stamps, imagine what more could we achieve. If someone has paid for a costlier stamp, then the message will be delievered to you faster. The urgency is reflected in the cost you pay for it. For friends and family, it would be easy to have a setting where they don’t have to pay anything to contact you, but for everyone else, you end up having a really effective filter.

There is one major challenge. How do you shift our civilisation to work on this model from the current one? This, we do have no clear answer for, and if we did, we would be off implementing that. Apart from this, we spent a long time thinking of other loopholes with the plan and we were able to shoot down everything that we did come up with. As part of the hackathon prize, we also won office hours with YCombinator, who also did not see more problems with the idea than the one which I’ve already highlighted. I would be delighted to have more discussion on this if you wish and are welcome to write back to me.

You can find the full presentation here.